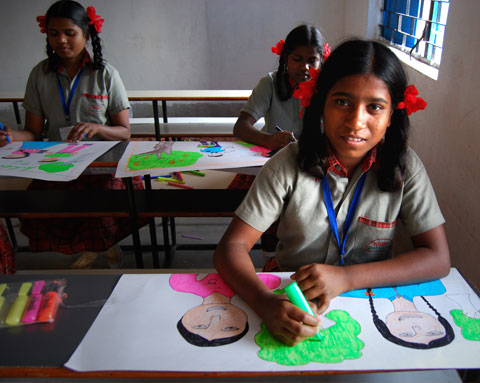 To empower young people with accurate, age appropriate, and culturally relevant information to promote healthy attitudes and develop skills to enable them to respond to real life situations in a positive and responsible way.

So the provision of effective education and healthcare, appropriate social policy, and mechanisms for family and community support are essential for adolescents to make a transition to a healthy, happy and productive adult life (Rajaraman et. al., 2015).

Given the higher rates of enrolment in secondary schools across the world, and the fact that school-going adolescents spend about a third of their waking hours in school or engaged in school-related activities, schools provide a highly effective platform to reach young people. Global and Indian experiences have shown that educational interventions focused on life skills development are effective in enabling adolescents to manage their sexual and reproductive health issues and concerns, including avoidance of risky behaviour.

TARANG is an initiative for school going adolescents that equip young people with accurate, age appropriate and culturally relevant information to promote healthy attitudes and develop skills to enable them to respond to real life situations in positive and responsible ways. This program is operational in upper primary, secondary and higher secondary schools in Bihar. The project is implemented in partnership with Department of Human Resource Development (HRD), Government of Bihar. While the primary target comprises of students, TARANG is designed to additionally reach out to school teachers, principals, education officers, parents, policy makers, media and civil society. TARANG seeks to not only equip and inform adolescents about health issues, but also to build an enabling environment for them in schools, at home and in community settings in order to help them achieve their full potential. The program follows a co-curricular activity-based learning approach that enables young people to respond to real-life situations more effectively. It uses a school-based transaction methodology where trained school teachers deliver the curriculum. 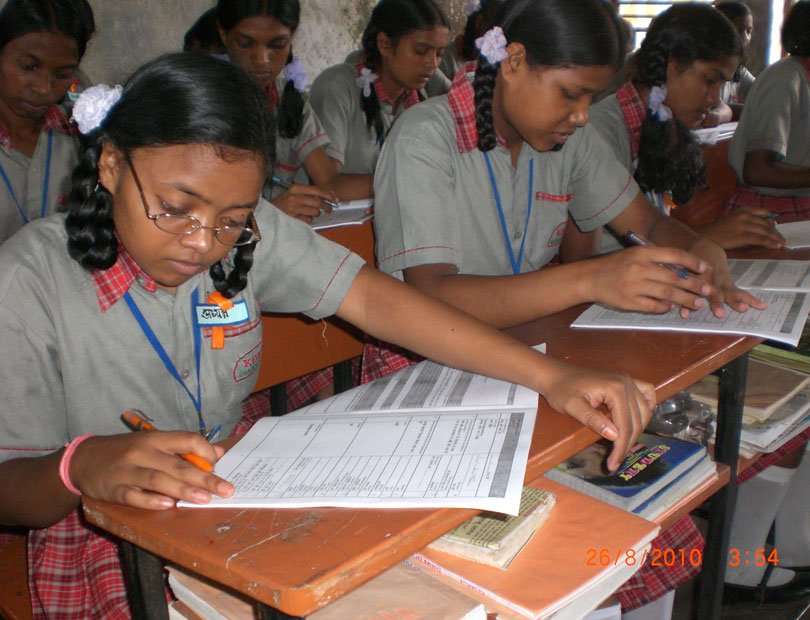 Case story
Abha is a student of Class X.

Abha is a student of Class X. Last year, her parents fixed her marriage and she stopped attending school. Her Hindi teacher, a Tarang nodal teacher noticed it, and asked other girls of the class the reason of her absence. Two students of the class informed her that Abha is getting married soon. The teacher called Abha’s mother and asked the reason of Abha’s absence from the school. The mother said that Abha will be back in school the next day.

The next day Abha came to the school and during the class, the Nodal Teacher deliberately discussed the Tarang Chapter on ‘Consequences of Early Marriage’. Two students carried out the role play as per the curriculum. The discussion on this chapter compelled Abha to rethink about her marriage. When the Nodal Teachers asked the students that at what age the girls should be married, all the girls in unison said that after attaining the age of 18.

When Abha went back home, she discussed the consequences of early marriage with her parents. Not only that, she also told them about the character of Neha and Sarla from the manual. She said that she doesn’t want to become Neha and make her life a living hell but wanted to become like Sarla who led a comfortable life because she married at the appropriate age. Finally, her parents decided that they will not marry Abha early. They cancelled her marriage and told her to continue her study. Now Abha comes to school proudly. She has realized the importance of the Tarang Program in saving her life from the clutches of early marriage.