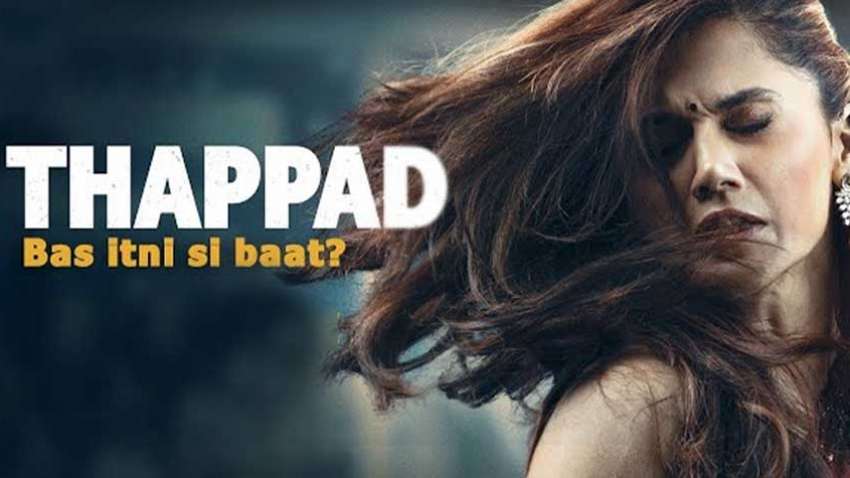 The ordinary, the generic, the normal, and everything that is wrong with our ordinary, generic, and normal, that is the essence of ‘Thappad’, the new Anubhav Sinha film starring Tapsee Pannu and an array of wonderful actors. A tale of the interwoven lives of women from various sections of society, ‘Thappad’ is a social commentary on the underlying, the unspoken forms of patriarchy in our society. The kind of patriarchy that touches all our lives, no matter where you come from, but is never considered big enough to be addressed in the open.

Amrita, played by Tapsee Pannu, is your regular, run-of-the-mill, middle class girl married to a rich boy and fulfilling all the roles designated for a housewife. Fun fact, she doesn’t know how to cook. This fun fact is one of the numerous ways in which the subtle sexism in our daily lives is brought out in the film. This film isn’t as much about domestic violence as it is about the deep rooted patriarchy in our lives, our relationships, in our homes, and sometimes even in the seemingly progressive people around us, including ourselves.

This film isn’t about blaming the man or the woman, this film is about holding each one of us responsible for all the times we have let things slide, we have ignored, we have overlooked, and we have pretended to look the other way. A non-dramatic, unexaggerated story of the lives that women in our society lead, owing to the notions of patriarchy, the demands of the traditional role of a woman, and the silence of people in our society.

This film might not initiate a battle, but it will definitely make you think of all the times you caved in to the archaic notions of patriarchy.