Centre for Catalyzing Change (C3) under its Sakshamaa initiative collaborated with Xavier Institute of Social Service (XISS), Ranchi for a webinar series ‘COVID 19 and Economic Opportunities for Women in Eastern India’. The virtual series intends to initiate a dialogue to understand the implications of COVID pandemic on women workers in Eastern part of India. Further, it aims to provide a platform to discuss, analyse, understand and contextualise what works for enhancing economic opportunities for women in eastern India in a wider policy and state specific contexts.

Why the C3-Sakshamaa & XISS Webinar Series:

As per NITI Ayog (2020-21), India has six low-income states (Bihar, Chhattisgarh, Jharkhand, Madhya Pradesh, Odisha, Rajasthan and Uttar Pradesh) which continue to lag behind the rest of the country. Their efforts towards poverty reduction were not as responsive to economic growth as in other states; over 30 percent of population continue to live below the poverty line in these low income states with Chhattisgarh being the poorest, where close to 40 percent live below the poverty line.

Geographically, eastern states including Bihar, Jharkhand and Odisha constitute a pocket and if we include the central-eastern state of Chhattisgarh, four out of six of these low-income states are situated in the eastern part of the country. The low-income states of eastern India are also known for poor gender development indicators and limited livelihood opportunities.

With the outbreak of COVID-19 pandemic, millions of migrant labourers from these states lost their livelihoods, and were compelled to return to their home states. This massive exodus of reverse migration not only made these labourers more vulnerable to the pandemic, but painted a grim picture of how this informal labour force has been working under little social protection and livelihood security. Due to economic contraction, a large number of people lost jobs and economic engagement opportunities. With economic rebound, men are getting employed and women are further pushed out of the labour market. Available evidence suggests that women workers, over 90 percent of whom are employed in the informal sector, were further pushed out of the workforce as men replaced them even in the informal sector. The pandemic has also deepened the gender divide and poor women workers are compelled to bear the burden of work that is neither recognized nor remunerated.

Recent research establishes that along with the caste-class-gender lines, COVID19 pandemic has also deepened regional divides, and the states of eastern India and north-eastern India have experienced the greatest brunt of the COVID19 crisis. The states of this region could learn from each other's experience and collaborate in order to address the specific challenges of the region. Along with some generic features in common, the states of eastern India also have some striking variations. For instance, despite being the poorest state, Chhattisgarh has succeeded in creating more economic opportunities for women than Bihar, Jharkhand and Orissa, and has scored better in terms of its Women Empowerment Index (WEI). Furthermore, while all the four East Indian states have been the prime labour sending states, Chhattisgarh and Jharkhand are known for higher female outmigration. 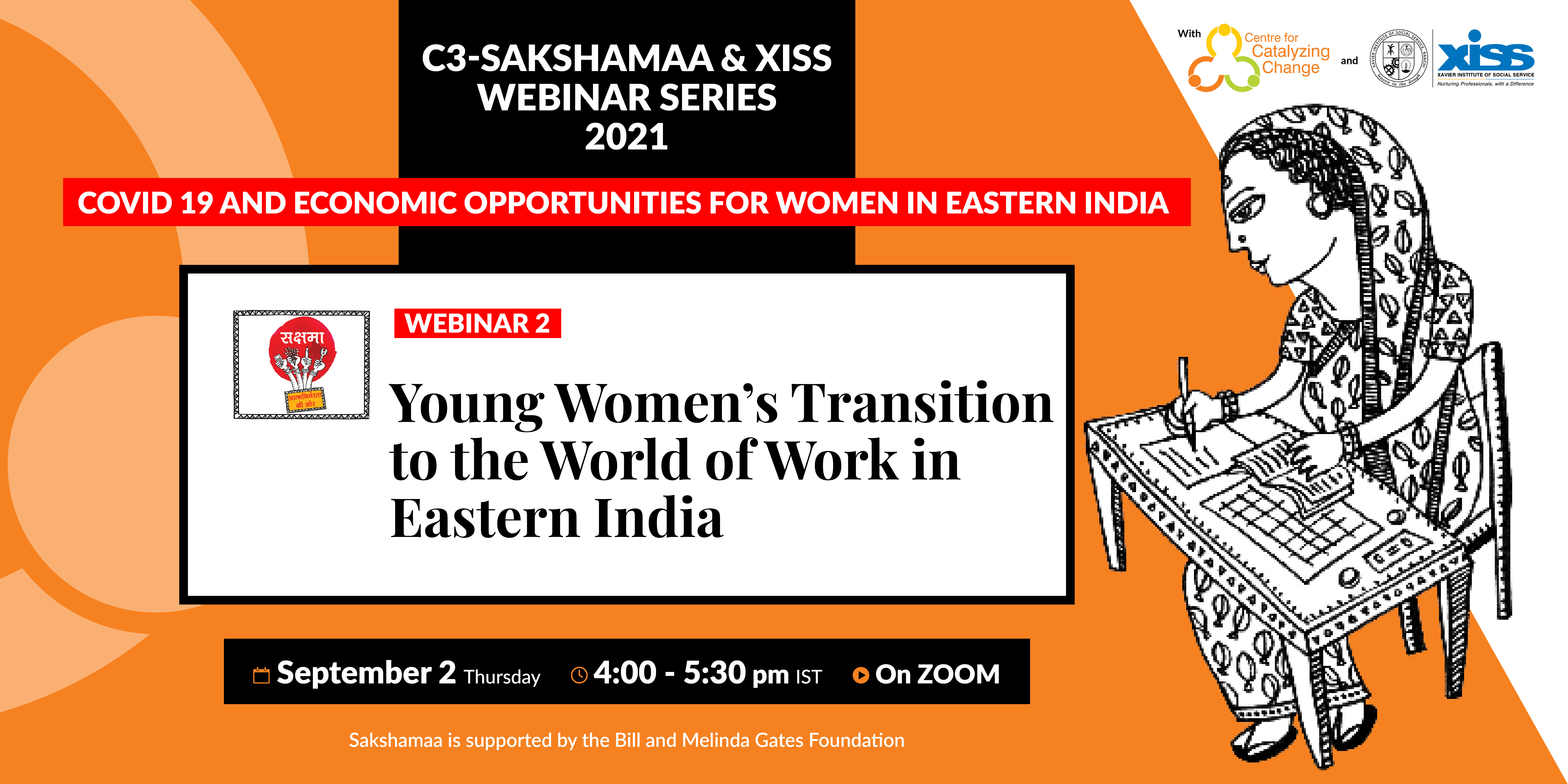 The second webinar discussed about challenges faced by girls and young women in transition to the world of work. It suggested some feasible policy measures for enhancing employment prospects and ensuring their access to quality education, skilling and employment. Watch the full recording of the webinar and share your views with us on twitter (@c3_india) 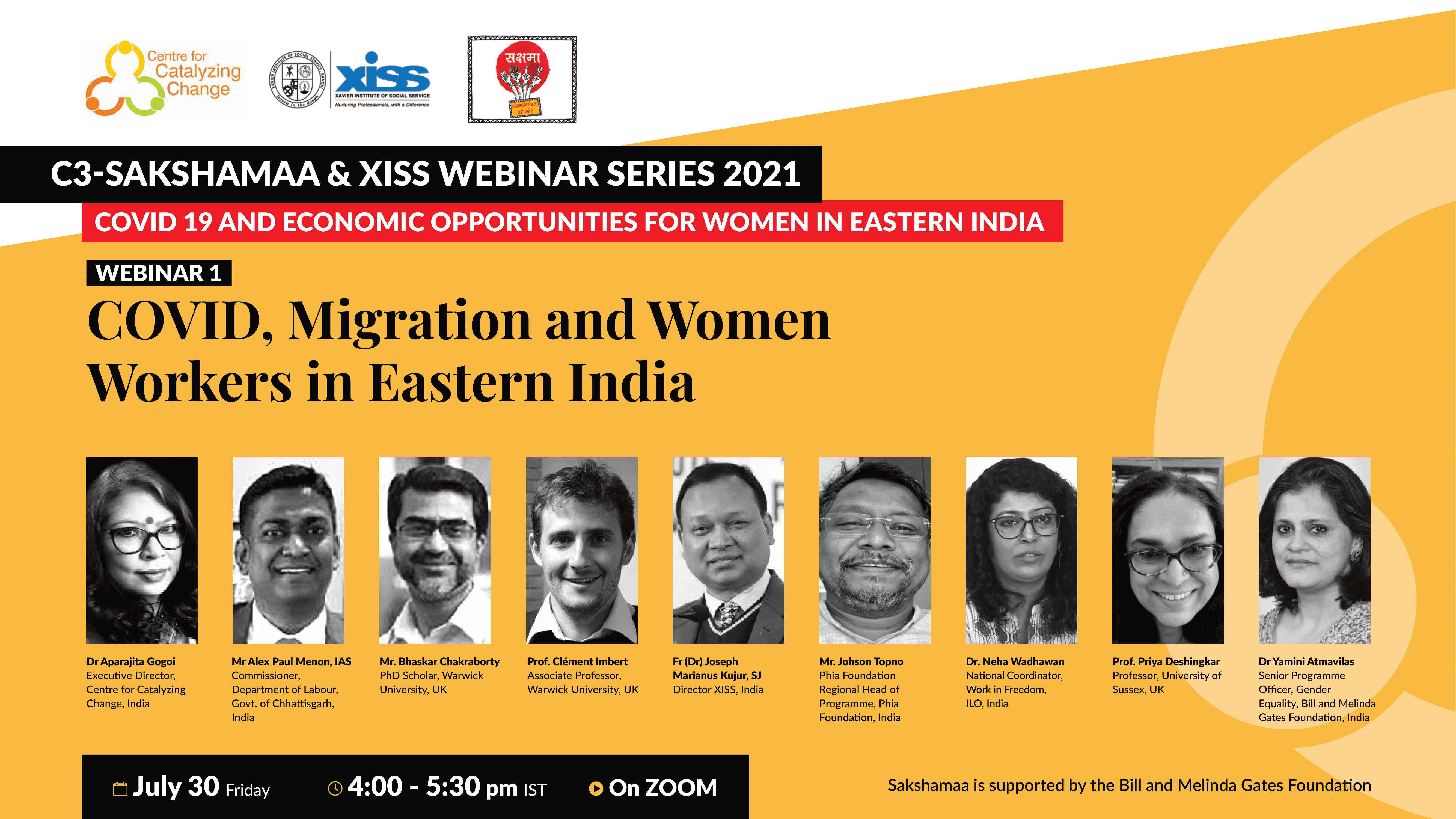 The first webinar of the series provided insights on the impact of Covid19, gender barriers and creating a more conducive environment for migrant women workforce from eastern India. Watch the full recording of the webinar and tweet us your questions.